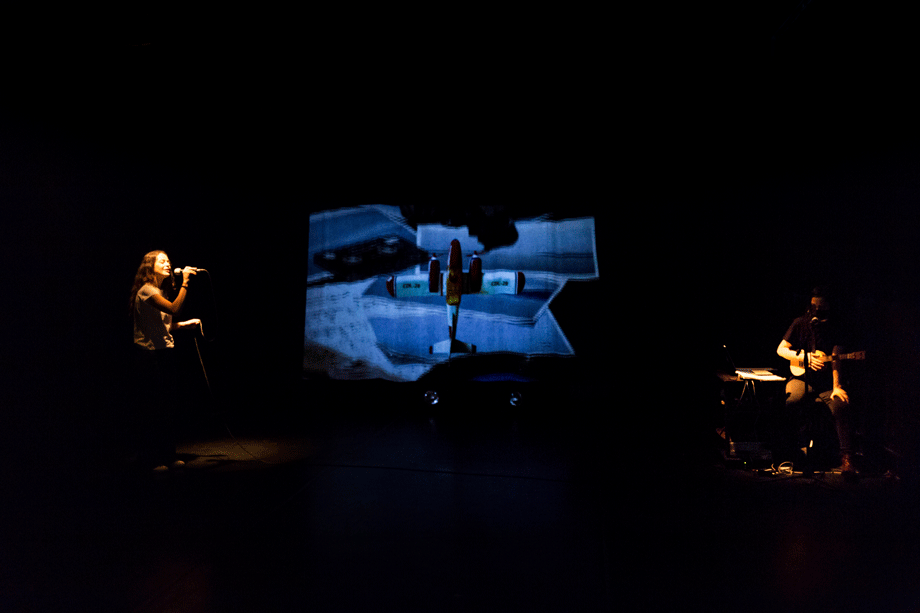 A foreign woman questions her identities, confesses that she loves the French administration. A girl discovers a secret she wasn’t supposed to know. A pilot wants to sing like John Denver, and dies in a plane crash in southern Chile. A repressive context induces pacts of silence because in the wrong context, wrong decisions can be made.

In LA BOÎTE NOIRE we witness the intimate moment of an unveiling of a family secret after an urgent confession. A true ceremony of lies.

A journey from fiction to reality, through two fundamental axes: self-fiction, a contemporary dramaturgical genre that is located halfway between fiction and documentary theater, and Live Cinema, a technique that captures and projects images in real time, through video cameras, allowing play at the borders of the real and the fictitious.

From this organic transfer between one axis and the other is born the originality of this assembly. This mixture of the multiplicity of aesthetic elements at the service of a fragmented narrative evokes the mechanisms of memory.

Because in the end, what is more important — the truth or what do we do with it?

DOSSIER OF THE SHOW https://issuu.com/lacuentista/docs/lbn_dossier_20